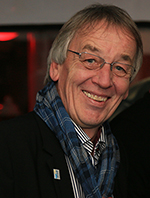 1954.  An exceptional year for Germany. Firstly, because the German national team won the World Football Championship, and secondly because that was the year Dieter C. Rangol was born. On July 24, the Director of the federal association Schwimmbad & Wellness (BSW), registered in Germany, will celebrate his 60th birthday.

Our most sincere wishes!

He has been working for over 30 years in the swimming pool sector. He was first head of BFST, an association of construction companies specializing in swimming pools. At that time, there existed another association for the pool building industry, the BSSW.  They regarded each other with certain scepticism.  But according to Dieter C. Rangol, the sector was too small for two associations.  And, at the end of the day, they pursued the same interests - though sometimes with different points of view. When the time came to choose a new manager for the industrial association, the time seemed appropriate for a merger.  It was not an easy task.  But with great skill and diplomacy Dieter C. Rangol succeeded in what was unconceivable a few years before: uniting the two associations into one, the present BSW. 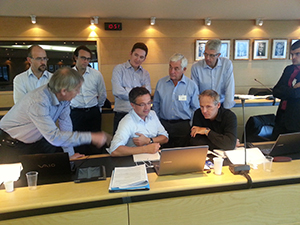 Create something new, that's what he can do.  Thus he was, with the Executive Committee of the BSW, one of the "founding fathers" of the aquanale, which, having grown year by year and gained prominence internationally, has established itself as the specialized international trade fair for the sauna, pool and wellness area. In addition, Dieter C. Rangol has left his mark on the decisive drive to expand the work of the association at the European level and create the first European pool competition, the EUSA Award, which celebrated its premiere last year, during the aquanale.

Dieter C. Rangol is well known far beyond national borders. This is not just because he participates in exhibitions and corporate events.  He is also present in the digital world and has built a reputation online for the branch.  At 60, he enthusiastically participates in the world of Social Media. His blog, www.bsw-total.de is unparalleled. 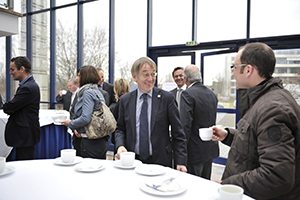 And what are his plans for the future? Retire from business? Absolutely not! There is so much to do in this sector. And still plenty of things to organize.  For example plans are afoot to restructure the BSW information days and set up a new Internet 2.0 version.  As for the newly founded BSW Academy, www.bsw-akademie.de, one has to nurture it. And then there are still the European Standards for private pools coming up that will require the organisation of BSW's advisory services and training.


On behalf of the international family of pool builders, Eurospapoolnews thanks the "leader" Dieter C. Rangol for his commitment, sends him our sincere wishes on his birthday and wishes him all the very best for the future, many more creative ideas and of course, every happiness!