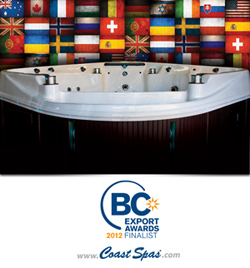 The company was competing against 400 nominations and 27 finalists, and was recognised for its contribution to the British Columbia economy as one of the most successful exporters.