Home > Market news > CCEI will participate in the...

CCEI will participate in the year-end European trade fairs!

As is its wont every year, CCEI will take advantage of the European trade fairs to present its latest innovations for the upcoming season. At the end of the year, new products will be unveiled at the Piscina & Wellness exhibition in Barcelona from October 17th to 20th, and at the aquanale in Cologne from 7th to 10th November. 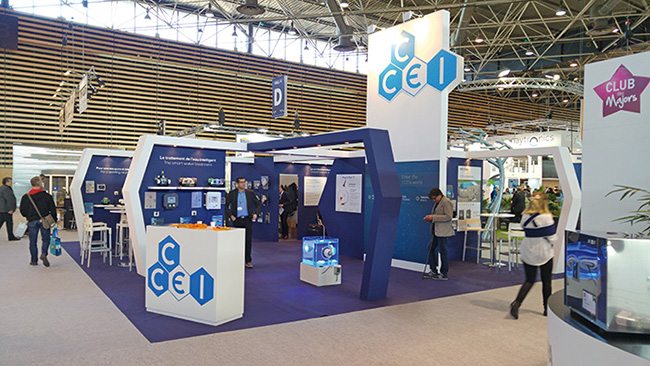 In Barcelona, it will be through its new Spanish subsidiary in charge of the Iberian market, opened a year ago in Madrid. Headed by Thierry Noel, the subsidiary will present the solutions developed for the Spanish swimming pool market on stand F131, in particular its salt chlorinators with transparent cells, LED lighting, etc.


Present at the Cologne trade show during the last two seasons, the sales team in charge of exports to Eastern and Northern European countries, will participate in the aquanale 2017, with CCEI's new products for 2018 and equipment adapted to German pools, in particular on stand G-055.

In fact, during the last 3 years, CCEI has been able to forge strong partnerships with swimming pool manufacturers from these countries, enabling it to develop offers specifically created for this market.