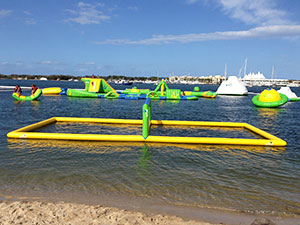 The Broadwater Park is a popular destination for both Locals and Tourists.

The Park is operated by aquaSplash and is the first of several planned installations.