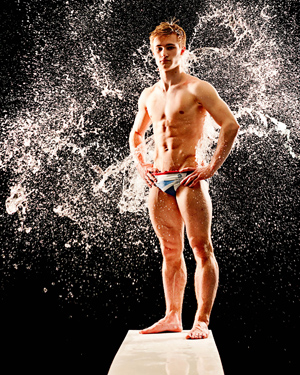 Water-treatment specialist Complete Pool Controls (CPC) is sponsoring Great British diver Jack Laugher for the next two years as he trains towards the 2014 Commonwealth Games and the Rio Olympics in 2016.

The 18-year-old, from Ripon in Yorkshire, is the current British champion in all age groups.

CPC commercial director Mark Ramsden comments: “Jack is a hugely talented and inspiring young athlete pursuing excellence in a very competitive field. As an Olympic diver, Jack requires clean, sparkling pool water for those all-important underwater shots, as well as healthy hot-tub water to relax in between dives. Providing excellence in both of these markets is exactly what we do, and we are proud to support Jack as he embarks on this exciting stage of his career.”

In response, Jack says: “I’m absolutely over the moon to be partnering with CPC as my first official sponsor. The next few years are extremely exciting with Glasgow 2014 just around the corner and Rio 2016 on the horizon, so to have CPC’s support really does allow me to focus on my training and perform to the best of my ability.”