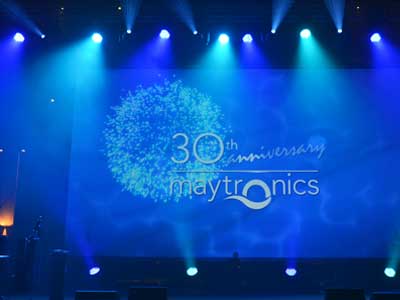 Yuval Beeri, CEO, and Eyal Tryber, VC Sales & Marketing, of Maytronics, the Israeli manufacturer, invited their subsidiaries in the USA, France and Australia, and also their 33 distributors from 46 countries, to their factory from 8th to 12th September 2013, for the 30th anniversary of the company and its flagship product, the "Dolphin".

The most important distributors from the pool industry across the globe travelled to Maytronics, the Israeli manufacturer of robots, alarms and automatic pool covers.  For five days, more than 200 people gathered at Maytronics' headquarters in Kibbutz Yizre'el (150 km from Tel-Aviv), to celebrate the 30th anniversary of the brand on the theme: "An Exceptional Experience".

From the airport in Tel Aviv, we were taken to our hotel in Nazareth, and after a quiet night, an eventful and fascinating programme awaited us.


The programme was coordinated by our Israeli hosts - in particular, by Neomi Amit (Manager at Marcom) and Eyal Tryber (VC Sales & Marketing), the two pillars behind this event presided over by Yuval Beeri, CEO of Maytronics.


After an introduction of the Israeli management team, it was the turn of each of the 33 distributors to introduce themselves. It was impressive to listen to these professionals from 46 countries across 5 continents: Thailand, Turkey, Brazil, Russia, China, and Japan, representatives from the Czech Republic, Romania, South Africa and all the European countries.

To celebrate the 30th anniversary of Maytronics, 33 distributors from across 46 countries

After a presentation by Yuval BEERI and Eyal TRYBER, the visitors were divided into 6 groups for a guided tour of the production site. We were able to observe first-hand the extreme care and attention devoted to quality control and tests that are carried out at all stages of manufacture.

Maytronics has the capabilities to manage a flexible production line that can adapt itself and supply the market demands all year round.


The factory has a total area of 12,000 m², of which 7000 m² has been reserved for the production area. A large section has been equipped with about thirty mini tanks, in order to constantly test all the equipment manufactured (e.g. robots are tested for endurance, durability, exposed to various substances such as salt, sand, chlorine, etc. to study their resistance to these substances; in addition, testing is carried out for colour resistance to UV rays.)

For pool alarms, a large pool has been equipped with all types of test equipment (for wind, accidental falls in the pool, etc.) similar to those used by most of the testing laboratories, or those that deliver quality labels. Another pool is specially meant for testing the Aqualife automatic pool covers. It is here, in particular, that the water-driven motor was developed.

The circuit board section (visited in white coveralls to prevent carrying in dust particles) demands extreme precision. All circuit boards are assembled here – a feature that is specific to Maytronics.

One of the sessions brought back many memories to the "old hands” of the profession – the one held by Shimon, one of the founders of the kibbutz, who related the history of the Dolphin - from the purchase of a patent in South Africa in 1983 (for the first robot, Hustler) to the Dolphin today.

After a meal in the original dining hall of the company, a part of the afternoon was organized into workshops, where we were invited, in small groups, to reflect on the strength of a global brand.


We returned to the hotel to "recharge our batteries" and prepared ourselves for an unforgettable evening.  Five hundred people, including all Maytronics’ employees and their spouses, suppliers, subsidiaries and distributors, gathered at the Tera Caesera. The reception, held outdoors, where several buffets were set up, was beautiful, colourful, full of charm and the sweetness of life.

Then, at the end of the evening, we were invited to a dazzling Sound and Light show and the distribution of various awards and trophies.

The next day, another programme of intense activity awaited us at the company: presentation of new products, work of reflection on strategy, in groups, digital applications, etc. As a fitting end to this eventful day, we were taken to an observatory point situated high up, where as night fell, a tour guide-interpreter narrated the biblical history and the life of the kibbutz today. A wonderful dinner with music punctuated the celebration beside the swimming pool located in the kibbutz.

The third day was spent in visiting sites we could choose from: Jerusalem, the Golan Heights or the Sea of Galilee. This "Exceptional Experience" ended on a high note on a beach in Tel Aviv, with a joyful release of balloons. All those that discovered Israel for the first time brought back with them countless souvenirs of a really moving experience, and strong images.

A big thank you to our Israeli hosts for their warm hospitality, for allowing us to discover

their manufacturing processes and participate in the success of their anniversary! 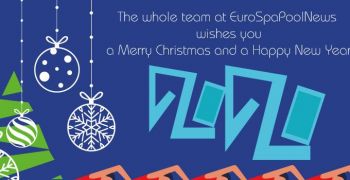 Meet us again in 2020 at the international exhibitions...