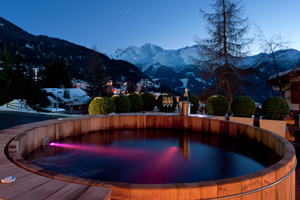 The British Swimming Pool Federation (BSPF) is talking with the UK government’s Department for Environment, Food and Rural Affairs (DEFRA) to clarify the domestic wet-leisure facilities affected by the temporary Water Use Ban (hosepipe ban) – due to come into force on 5 April as a result of the extended period of lower-than-average rainfall over large parts of the southern UK.

Some water authorities have released information indicating that hot tubs are effectively the same as swimming pools, and that under the hosepipe ban it will be illegal to fill or top up hot tubs with a hosepipe.

However, the BSPF has made it clear that hot tubs are not affected by the impending ban – although swim spas will be, because they are officially classed as swimming pools. The organisation is seeking to get the water authorities to issue revised information to clarify the situation.

Under the hosepipe ban, it will not be permissible to top up a swimming pool with a hosepipe, although it can be filled or topped up with a “handheld device from a tap”. Pools under construction are not covered by the ban. Pool and spa professionals are urged to monitor developments with the temporary hosepipe ban as they occur, using the following link: