US pool show moves to New Orleans for 2012 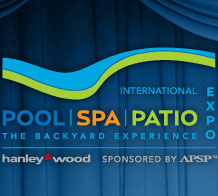 The move is the result of extensive industry research, and show attendees and exhibitors also gave an overwhelmingly positive response, according to expo director Lindsay Roberts.

“Las Vegas is definitely one of the top destinations for trade shows and is still the top ranked city among our entire audience for a West Coast location,” he said. “However, we feel it is critical to rotate the event geographically, and New Orleans was the top choice for the Southern region.”