Portable hot tubs manufacturer Marquis Spas® is announcing its top international and domestic distributors, dealers and individual sales people. The employee-owned company honours its large distributor and dealer base once a year. 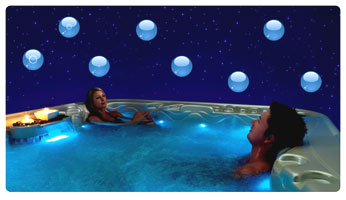 “Our dealers and distributors are an extension of Marquis Spas,” said John Schrenk, president of Marquis Spas. “They are our direct link to hot tub shoppers and play a vital role for us. We are proud to call them our business partners. “

The top honor, The Marquis Cup, is being awarded to Valley Pools & Spas in Burnsville, Minn. The award is for the top overall outstanding Marquis customer. The family-owned and operated business has been in operation since 1974 and has three stores in Minnesota and one in Wisconsin. They are a long-time Marquis dealer. “Marquis Spas and Valley Pools & Spas have a long history together” said Schrenk. “Marquis has been in business for over 30 years and Valley Pools has been a Marquis dealer for over 20 of those. That is pretty incredible. They have shown, and continue to show, an incredible commitment to the Marquis brand. We have an immense respect for what Valley Pools & Spas has accomplished through the years and we are honored they have chosen to associate with us.”

The Top New Dealer Awards for Eastern U.S. went to Rising Sun Pools in Raleigh, N.C, and for the Western U.S. to Pacific Home & Patio in Boise, Idaho. The same award for Canada went to Affordable Home Spas in Hamilton, Ontario.

Marquis Spas, an Oregon-based employee-owned company, has been manufacturing premium portable hot tubs for over 30 years. The company distributes its products in the U.S., Canada and Europe via its extensive distributor and dealer network.