Home > Products and equipment > TRIKLORAME, for the measurement of...

TRIKLORAME, for the measurement of trichloramine in the air of public and collective swimming pools

SYCLOPE Electronique has made a name for itself over the last 30 years by making analysis and control equipment for water treatment. In collaboration with the INRS (French Research and Safety Institute), this manufacturer developed the VALISE TRIKLORAME about ten years ago, a tool for professionals who measure trichloramine in the air at public and communal swimming pools.

Being aware of the importance for our health of the issue of trichloramine in the air, the two partners have further developed the product already on sale to offer a new portable tool that provides quicker, easier and more direct readings of this analysis, which will better protect bathers and on-site staff.

In fact, trichloramine in the air (also known as "nitrogen trichloride"), caused by the chloramines found in water, is a highly volatile gas that can irritate the airways, eyes and skin of both bathers and swimming pool staff. It is produced from the natural chemical reaction between the chlorinated products used to disinfect water and the nitrogen pollution brought in from bathers' organic matter.

Its effects are also recognised as an occupational disease under "occupational rhinitis and asthma" by French Decree No 2003-110 of 11/02/2003.

This is why ANSES (the French Agency for Food, Environmental and Occupational Health & Safety) recommends checking trichloramine in the air as part of health monitoring, with an exposure limit of 0.3 mg/m3.

The new Valise Triklorame gives users a measurement quality that is just as reliable as that of approved laboratories, so they can obtain an exposure rate more quickly and easily.

The analysis value of the trichloramine level in the air is given in mg/m3, which allows for completely independent control and lets you put measures in place to quickly prevent and correct any issues. 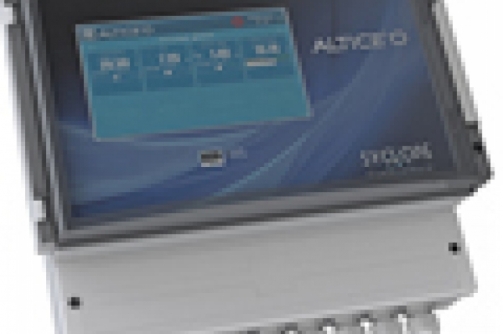