Article available in : | Other languages

After 3 years of research and 2 years of full-scale validation, the innovative product, NEWATER, has now been perfected.

Forty pilot spas have used this system successfully, and the first business contracts are underway.

NEWATER enables one to avoid all conventional chemicals and is highly reliable due to its method of functioning, which is mechanical.

Forming the basis of the product are activated ceramics, CARDPool, with surfaces that are rendered germicidal thanks to the CARDPool nano-technology (protected by an international patent).

The surface of the ceramics, modified and rendered germicidal, has areas that discharge electronically, and destroy most of the micro-organisms with which it comes into direct contact.  In some cases the success rate exceeds 99.9999 %.

This electronic discharge of the surface is obtained by the presence of two layers of nano-oxides and salts which, in certain spatial dispositions and proportions, are predisposed to influence each other in the following manner: the first layer called "carrier acceptor" attracts electrons from the discharge surface layer referred to as the "active surface".

It therefore finds itself deprived of electrons and to restore its balance could grab the electrons  of the micro-organisms with which it comes into direct contact.

This discharge reactivates the attraction effect of the electrons of the upper layer, thereby ensuring a continuous activation of the surface with the same level of effectiveness.

The result is simple: one obtains, with no chemical product, a water that is safe, odourless, causing no allergy, as the process works perfectly with a pH ranging from 5.5 to 6.0, corresponding to the natural pH of the skin (between 5.5 and 7.0). 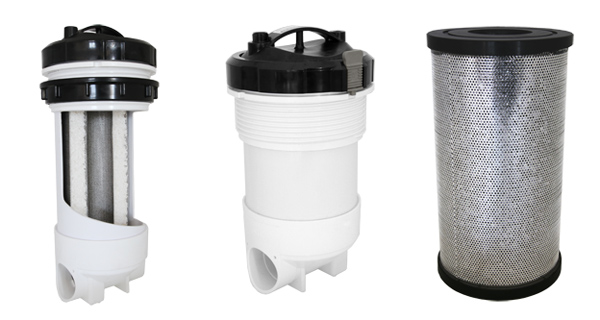