Three companies with a French Touch to watch in 2018

Once again this year, there will be several hundred French pool professionals who will throng the aisles of the Barcelona exhibition.

This 2017 edition of Piscina & Wellness will have its share of innovations and new trends. In this domain, French companies are not trailing behind. Among the many players expected to mark the year 2018, we have selected three that are really worth following.

With their colourful pastilles, Jérôme Rousselin and Pascal Guilbaud created a buzz at the end of the year. After extensive research and the registering of several patents, they created a new generation of water treatment products easier to identify and more fun to use.

The company, based in Sophia-Antipolis (South of France), has since signed a host of new contracts with major distributors and opened two stores dedicated to their colourful world.

The year 2018 could be the year when everything speeds up for Poppsi. Their well-honed digital marketing and their commercial policy are two assets that will enable them to reach growth targets higher than initially projected.

It is also known that some giants in the sector are starting to pay close attention to the Poppsi concept. To be continued!

Ondilo will try to consolidate the trend 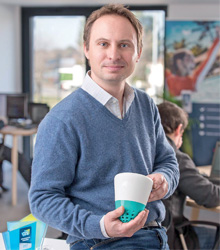 Although the story began more than two years ago, everything speeded up for Nicolas Fiorini during the CES in Las Vegas in 2017. Winner of the Innovations Awards, his company, Ondilo, subsequently attracted private and institutional investors.

With its networked floating islet, the ICO, the user can obtain a wealth of information on a smartphone that will help to make the maintenance of his swimming pool easier.

Through this product and its connected technology, investors see a strong potential for development. Nicolas Fiorini completed his first round of collection with a fundraising of one million euros.

2018 will therefore be a decisive year for the company, which is setting out to conquer the highly competitive market of connected objects in the pool sector.

With the fast-growing demand, there is no doubt that there will be many opportunities for this start-up from Aix-en-Provence (South of France). 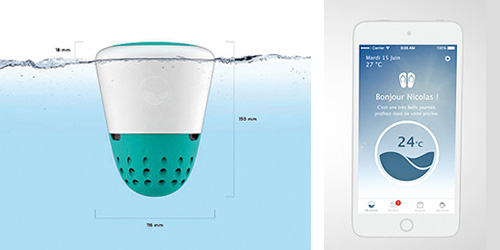 Filtrinov is pursuing its development ... block by block!

Our third "champion" is already 12 years old. Created in 2005 by two brothers from Saint Etienne (near Lyon in France), Fabien and Maxime Saussac, Filtrinov develops and markets compact filtration solutions.

Their ready-to-use turnkey solutions are "made in France". Riding high on the robustness of the renovation market, the Filtrinov blocks sell rather very well in France and abroad.

As a result, the company has made new investments in 2017.  A new product to begin with - the filter wall, then new buildings, to ensure that its expansion takes place in a more comfortable way. We can certainly expect to hear a lot more about the Saussac brothers.

To be discovered at Piscina & Wellness Barcelona