The 2015 Spatex show will be expanding to a second hall to accommodate more exhibitors, say the organisers. The move is in response to a stand space rebooking rate of 55% little more than a month after the end of this year’s event. 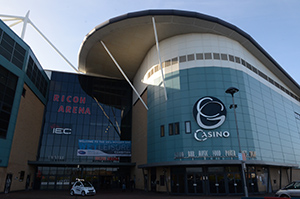 According to show organiser Michele Bridle, Spatex 2014 also attracted a broader cross-section of the industry than in previous years, with a higher number of visitors from holiday complexes, health clubs and local authorities compared with 2013.

Michele continues: “We are now building on the success of Spatex 2014 to make next year’s show even bigger, brighter and better. With our first year at the Ricoh Arena under our belt, we now have a good appreciation of what we can offer both our exhibitors and visitors to make Spatex 2015 an even better industry experience. We are planning lots of new networking opportunities and Grosvenor Casinos, the owner of the Ricoh’s on-site G Casino, has extended its licence to incorporate even more gaming ventures for next year.”