Number of Exhibitors: 121
Number of exhibitors from abroad: 4
Total exhibition area: 6,600 m2
Number of accredited journalists
Number of attendees of the conference: 140
Number of visitors: 9,512

The sixth time, major companies from the pool industry gathered at the international POOLS, SAUNA & SPA Trade Fain in Letňany in Prague. Here were presented the largest pool companies, implementating aqua parks, public pools and swimming pools, and companies from the field of saunas, family pools or spas. The accompanying program - an international conference and public announcement of the nationwide Pool of the Year competition - also deserved attention from the professional public.

The aim of the 2nd annual For Fitness & Wellness healthy lifestyle festival was to organize a commercial-sporting event with a rich accompanying program - leading vendors of fitness machines and equipment offered the latest products. In addition to the stands of exhibitors, visitors were able to view the presentations in an interactive manner. A carefully prepared team of instructors enriched the festival through their presentations and gave the festival a sporting atmosphere, and convinced visitors that healthy exercise is fun.  Physiotherapists taught all interested persons how to relax in an engaging manner.

On Thursday, March 10, 2011, a celebratory gala evening was held to mark the sixth International Pool, Sauna & Spa Trade Fair, and the awarding of prizes for TOP EXPO, GRAND PRIX and the announcement of the results of the Pool of the Year competition. 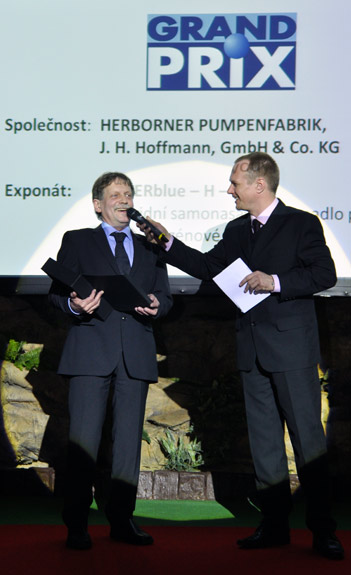 In the POOL OF THE YEAR category, the following pool centres were awarded through nominations: Water Fun Centre Centrum Kdyně, entered in the competition by Syner, Ltd., Wellness Kurim, entered by the City of Kurim, and summer swimming pool Hradec Kralove, whose applicant was Centroprojekt a.s.

Visitors to the trade fair also had the opportunity to view the winning projects on a panel presentation in Hall No. 2. 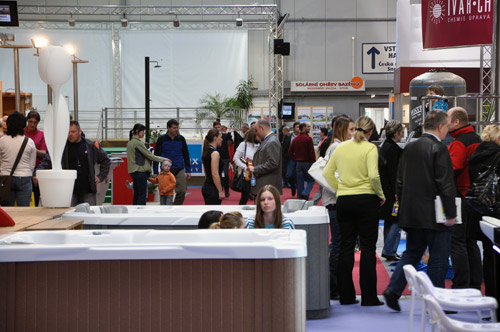 The main theme of this year’s international conference was “THE CONCEPT OF PROPOSALS AND OPERATING OF PUBLIC POOLS AND SWIMMING POOLS”. Lecture Hall No. 1 in the PVA Letňany Entry Hall was almost completely full, and over 140 listeners very actively participated in the discussions after each lecture. The conference was traditionally prepared under the leadership of doc. Ing. Bohumil ŠÅ¥astny, Ph.D. from ČVUT in Prague. A professional guarantee over the conference was held not only by ČVUT in Prague, but also by STU in Bratislava.

The first drawn winner and the first invitees to the UntedSpa showroom in Běchovice was Mr. Ondřej Zvoníček from Prague. A tricky question awaited the contest winner: "What animal was presented UnitedSpa exhibition?" After a moment's hesitation, Mr. Zvoníček said that it was a rhino. Mr. Zvoníček’s correct answer ensured victory in the visitor's competition, and thus the aforementioned Jacuzzi.

Then, of course, the most vivid things took place on the stage, wherein most of the accompanying program took place.
FAMILY FITNESS took care of stage performances and organizing competition for a valuable prize with participation by festival patron Olga Šípkova, FACE CZECH ACADEMY showed examples of exercises presented by expert guarantor of the festival Julio Papi. Through an unusual fashion show, IF dance group introduced Greek sportswear brand BODY ACTION.  TAIJI AKADEMIE demonstrated a martial arts show. The seminars, which were also a part of the accompanying program, were organized by ČESKÁ ASOCIACE WELLNESS, DEXTER ACADEMY a TAIJI AKADEMIE. LÁZNĚ LIBVERDA then prepared for visitors a competition for a voucher for a spa weekend stay.

We would like to thank the professional guarantors and partners, the entire preparatory team of experts, media partners, exhibitors and all those who participated in the preparation and course of the event.
We very much appreciate your cooperation, and we are looking forward to continuing our work in preparing the seventh annual international POOLS, SAUNA & SPA 2013 Trade Fair.