| Other languages
On page 3 of the SPA SPECIAL No. 7 presented at Lyon, our editorial quoted wrongly as having Giordano s.r.l. signed an exclusive distribution agreement with Wellis, the Hungarian SPA producer.

It is indeed a partnership agreement between these 2 companies for the distribution of Wellis Spas in Italy, but not exclusively. 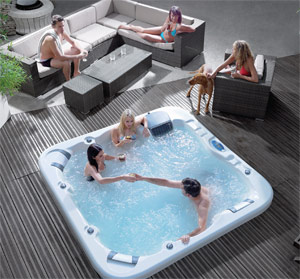